When eclectic wedding Designer, Brionne Wiles announced her engagement, it was clear we were not to expect the average bridal affair. After spending years pouring her heart into eccentric shows, local fashion events, and elaborate charity galas, it was time for her to create a meaningful event to celebrate a new chapter in life with her fiancé, Michael. 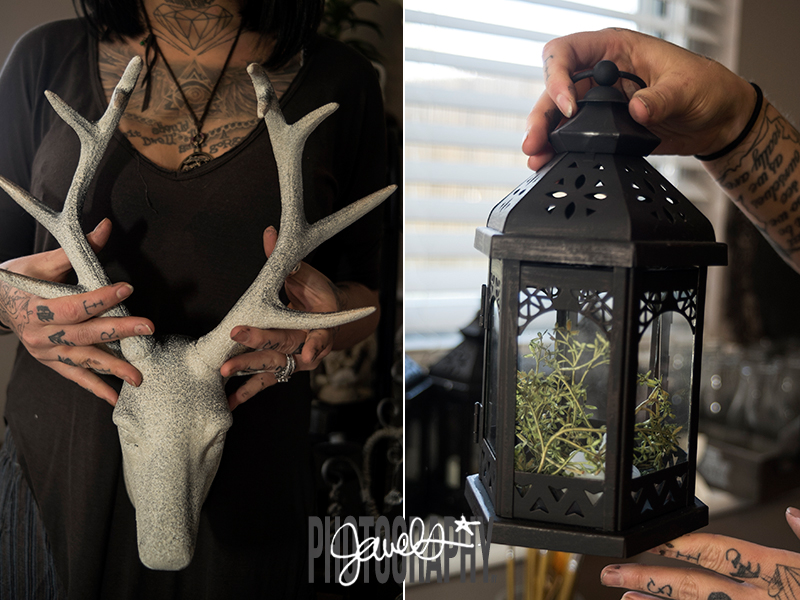 After touring the possibilities of what traditional vendors had to offer, Brionne said she felt like her wedding turned into a “paper doll event” – dressed up with cheap, predictable inventory, dull, and mass produced, to cover only the essentials. Weddings are an experience of who we are, and who we have chosen to be for the rest of our lives. “My wedding day is an investment, just like the rest of my art (tattoos, etc.). If my tattoo artist won’t create the same tattoo on every client, a simple trendy design just to satisfy ones’ need for a tattoo, why would I invest in expensive, sub-par wedding options?” Brionne said. 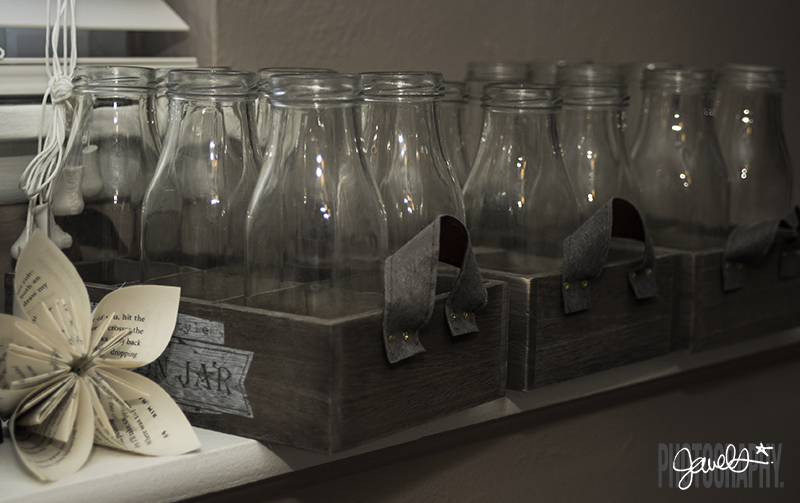 She decided that the answer was not simple, but it was well worth it. We all love receiving gifts that were made from the heart. No matter how small, it is the thought that makes that moment so precious. Now in August 2015, her guests will receive an experience from the heart as we take you on her Denver DIY eclectic wedding journey to create this incredible, custom wedding.

“I know that the burlap paradise is trendy on Pinterest,” she said. “Michael and I met though country dancing and wanted to express that though our venue. Seeing how ‘rustic elegance’ is so hot in country weddings today, it was important to me to bring some rock & roll to this twangy nightmare that was on instant replay in everyone’s’ bridal portfolio.”

As a designer in the 2014 Eclectic Wedding Showcase, Brionne, owner of Savage Artistry LLC, transformed unconventional materials to create our “Steam Punk Wedding Collection”. Like her display in our event, she shares how important it is to dream of what is possible, and create your vision if it is not available. She insisted that “not all materials are going to be in a corporate planning warehouse,” and that it is important to “know that you can actually save more money than you realize by going beyond what you thought was possible. Sure, not everyone dreams of building and creating. So if you don’t, hire someone that cares enough to invest in your investment”. 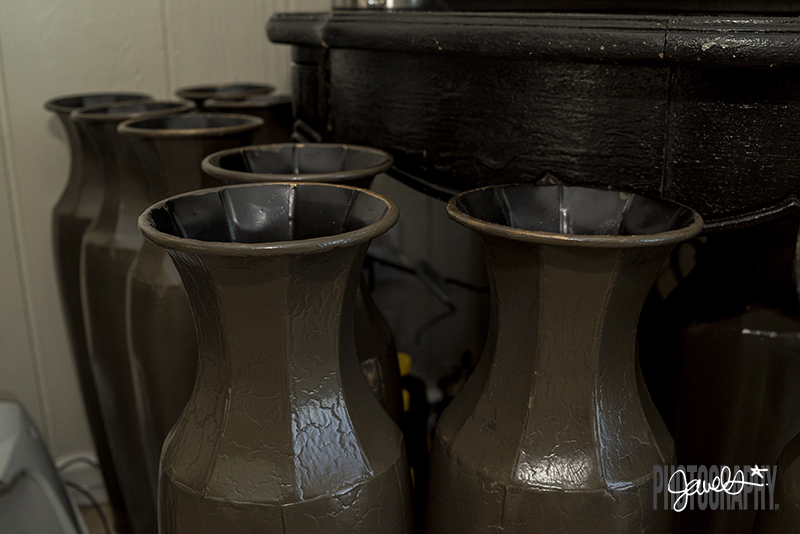 Brionne realized right away that her ideal dress was not going to be hanging in a store. Due to time constraints, she purchased a canvas from David’s Bridal to shred to pieces and transform into her vision. “I didn’t have time with everything else to build a corset from the ground up,” she explained, “so I found that using a basic design, I could spend the time I needed on the cosmetic changes instead of a full build”. She found a gown in Grace Ormond Magazine that inspired her to create a dress that was influenced by a $40,000.00 design that she admired. “I like the unconventional textures and a vintage/worn appearance,” she said, “there is beauty in art that holds history and certain elegance in textiles that have imperfections”. We were able to capture the original dress before its transformation in this Russian Bridal shoot in St. Petersburg this year. 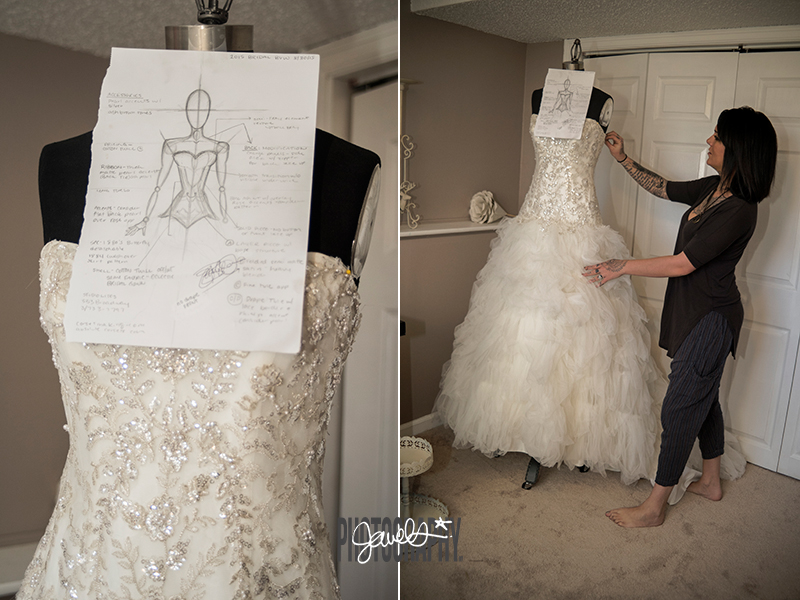 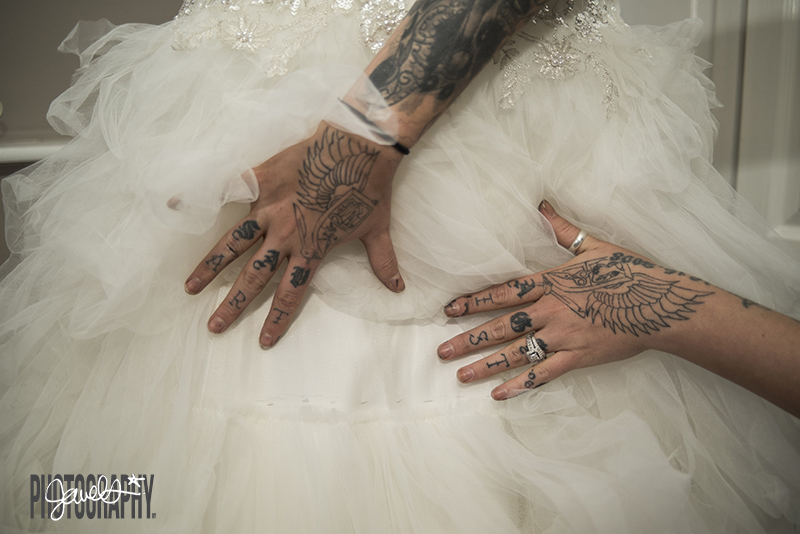 (CHECK BACK WITH US IN JULY FOR CONSTRUCTION UPDATES ON THE DRESS!) 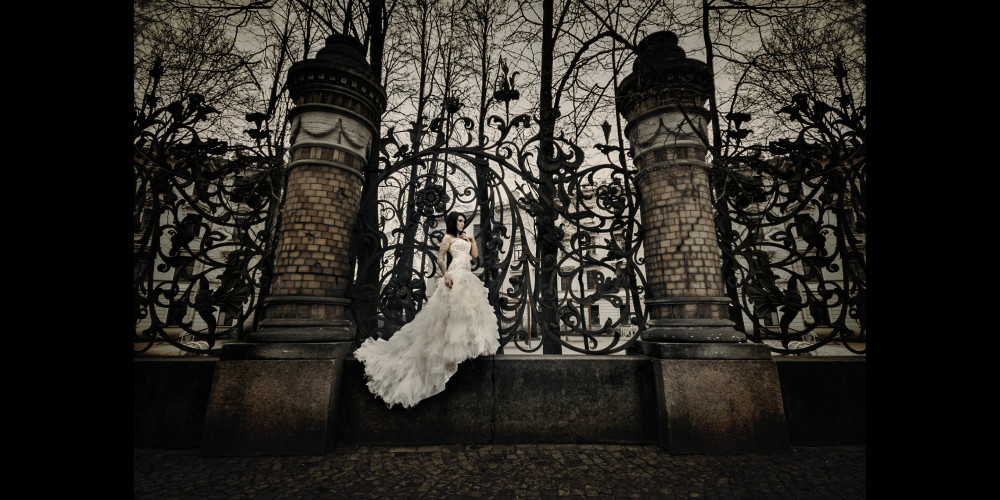 “We (Michael and Brionne) pulled together to build the décor to reflect our lives, history, and interests. Sure we were shooting for a theme, but I settled more on a color pallet so I wouldn’t be restricted by an event title,” Brionne said showing off the cake display she had built alongside the freshly painted centerpieces. The deer profiles found in the cake stand and other decorations were inspired by the scenic views from the backyard of their first home. The cake stands were produce displays from Hobby Lobby, originally, with clearance ornaments attached from Big Lots (then painted & rhinestoned). 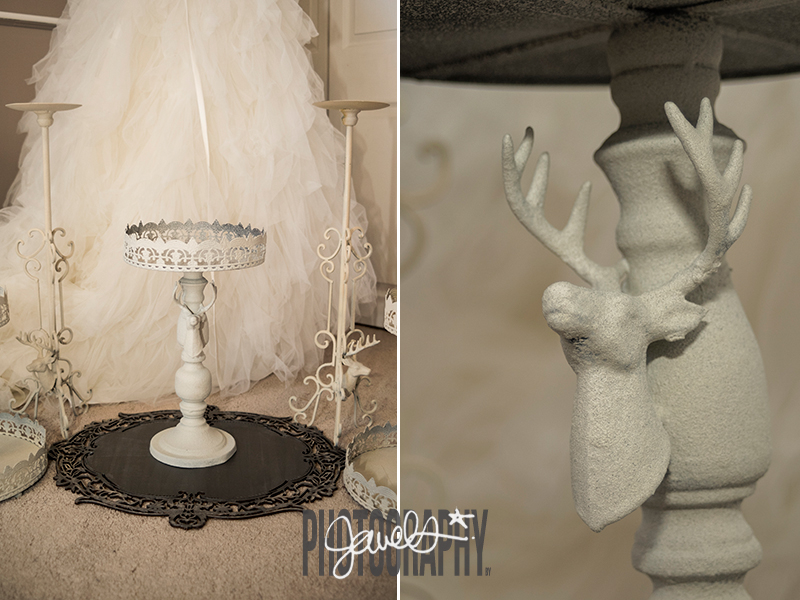 “I made the invitations in Photoshop and uploaded the complete design to Vistaprint,” Brionne said laying out the layers for the invites. “Michael and I worked together gluing rhinestones and stamping envelopes for nights in front of Netflix!” 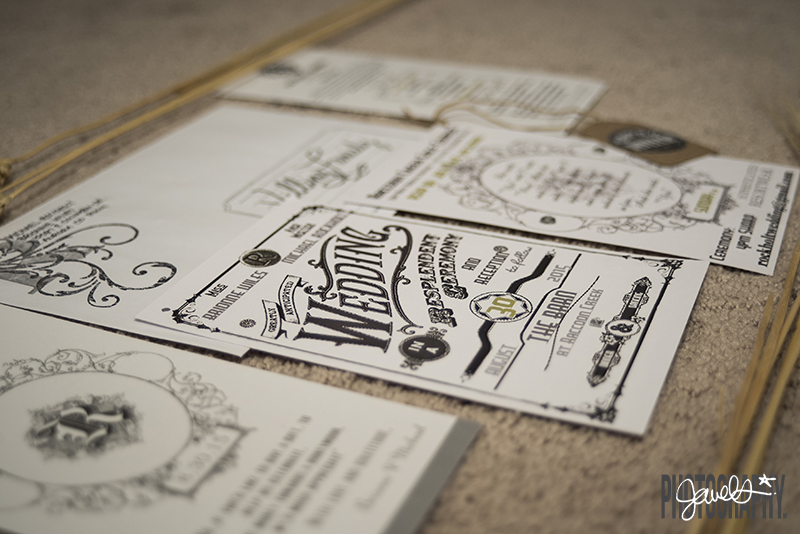 She spoke of each project they worked on together and laughed while revealing that “the best paper flowers were made by Michael. He totally shocked me with his paper flower skills. I mean, the guy is a Marine and sculpts a bad ass paper rose!”. 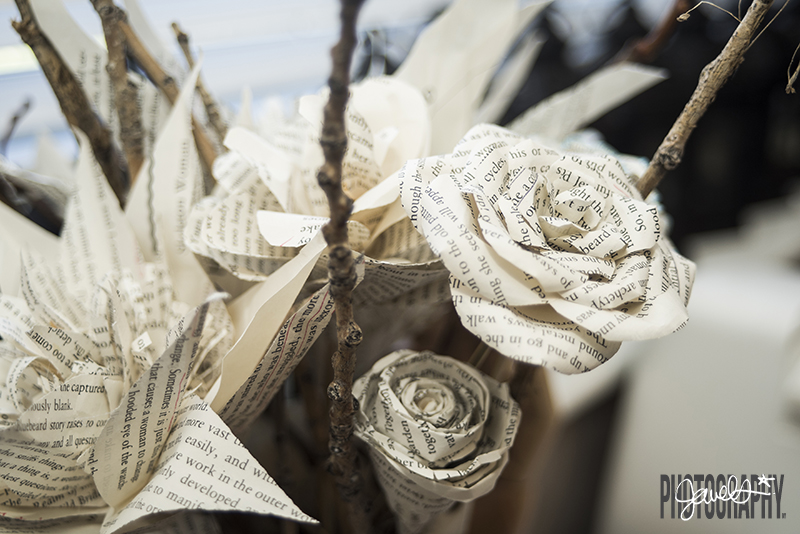 Alongside drawing and painting, Brionne enjoys mixed media art and using fabric patterns to create new surfaces for vases, paintings, and collages. “This vase was a standard clear glass vase. This will go by our guest book,” she said, “these projects mean the world to me since we built it all together.” 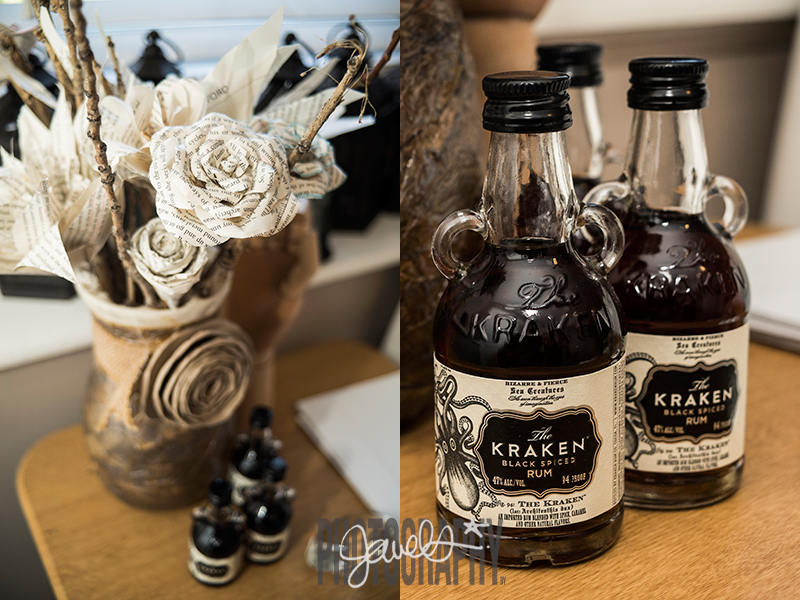 The wedding venue offered an amazing canvas for Brionne’s vision, but as we all know in event booking, any and all extra details cost the big bucks. She was told that the chandelier lighting shown in the event photos could be rented for around $100.00-$200.00 per fixture the day of. After taking a trip to Hobby Lobby, Brionne was able to buy and transform these accent pieces for $95.00 per fixture and keep the chandeliers! She told us that one of her clients at the hair salon donated a large chandelier after a kitchen remodel that she plans to transform for the main hall lighting in the venue. 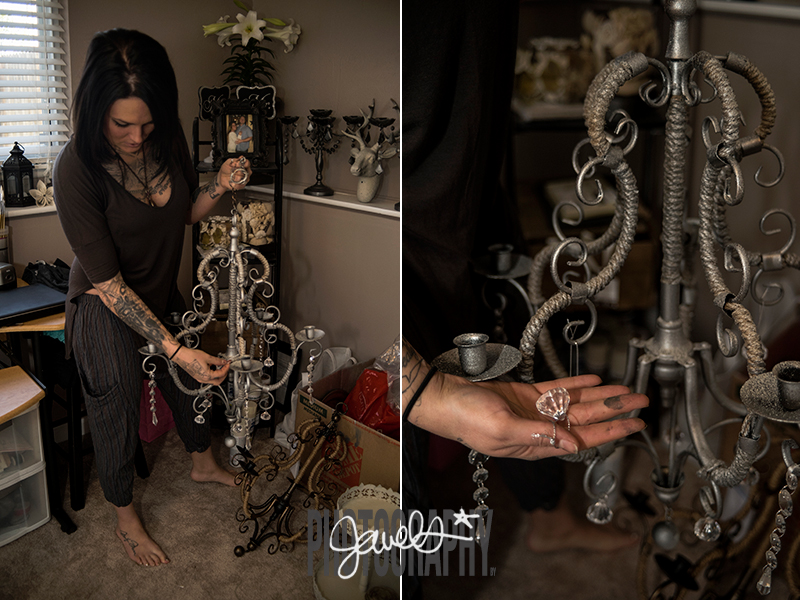 Below, you can see her Steampunk Maid Of Honor from her bridal display in The Eclectic Wedding Showcase 2014. She plans on using the ring pillow she created for the event (with a few minor adjustments to the color). 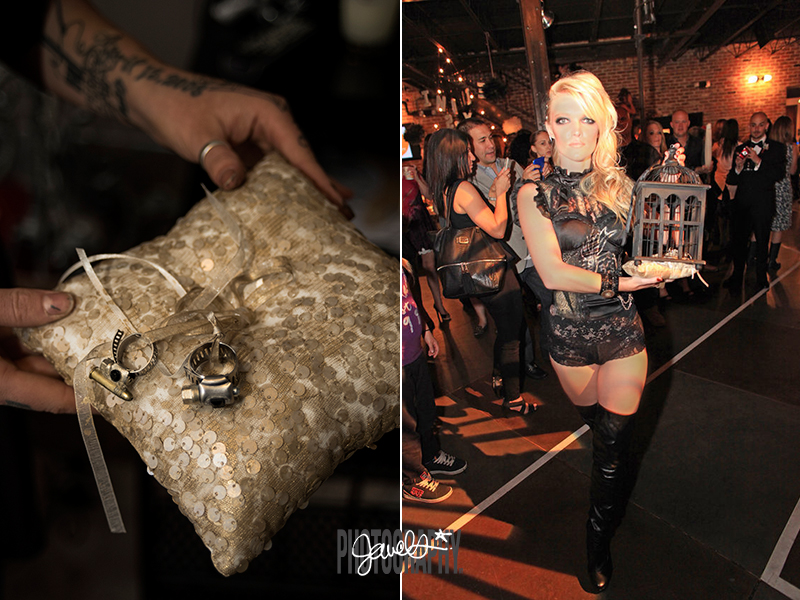 The ornate candelabras that will stand at the head table used to be black and sat on her dining room table for years. “I bought them in a Halloween clearance sale years back,” she said, “I think they were under ten dollars and I just spray paint them as I change the décor in my home”. 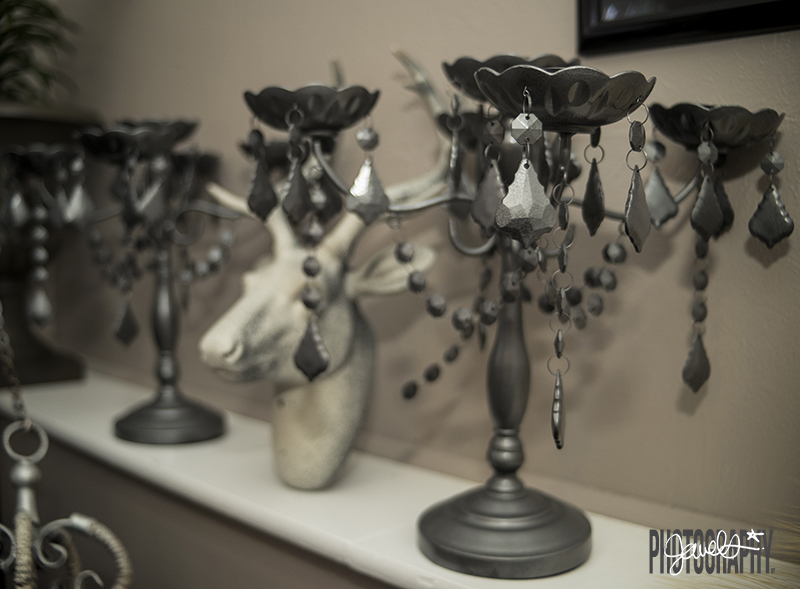 With only months left in planning, Brionne still has a lot of work to do building the ceremony arch, finishing centerpiece details, and arranging her garden as she plans to GROW all of the flowers for the event. One thing is for certain, a lot of love went into every detail that day and we will keep our readers updated on her progress this JULY!!