Shannon was pleasantly surprised when her warm and intriguing friend Paul messaged her one day in July of 2006 with this question; “Do you prefer Latin or American food?” She was even more surprised when they arrived downtown and he said they had time to walk around before their reservation on Larimer Street; she always thought reservations were for ‘fancy people’. 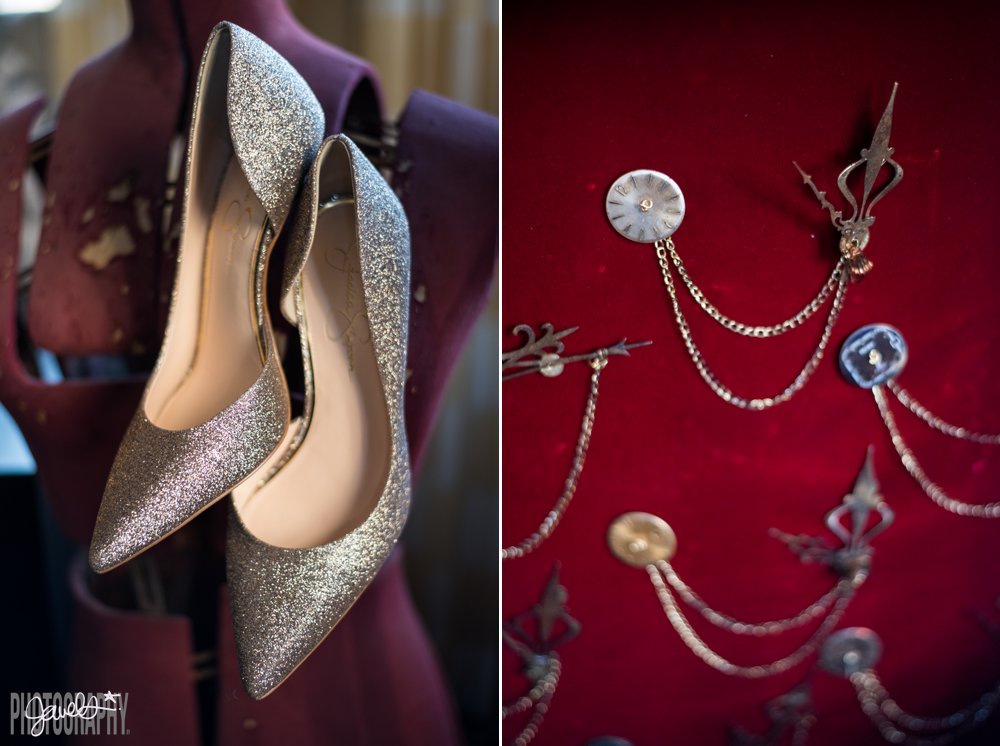 Over a beautiful candlelit meal with bossa nova beats surrounding them, they began to see each other. No, not with their eyes, but instead seeing the heart and soul of one another, taking an investment in one another’s dreams in a way that is peculiar to do with someone so quickly. That night, they created their mantra, ‘Never Settle’ after discovering they had a mutual belief that one should always be the truest, most concentrated version of themselves and never compromise their dreams. 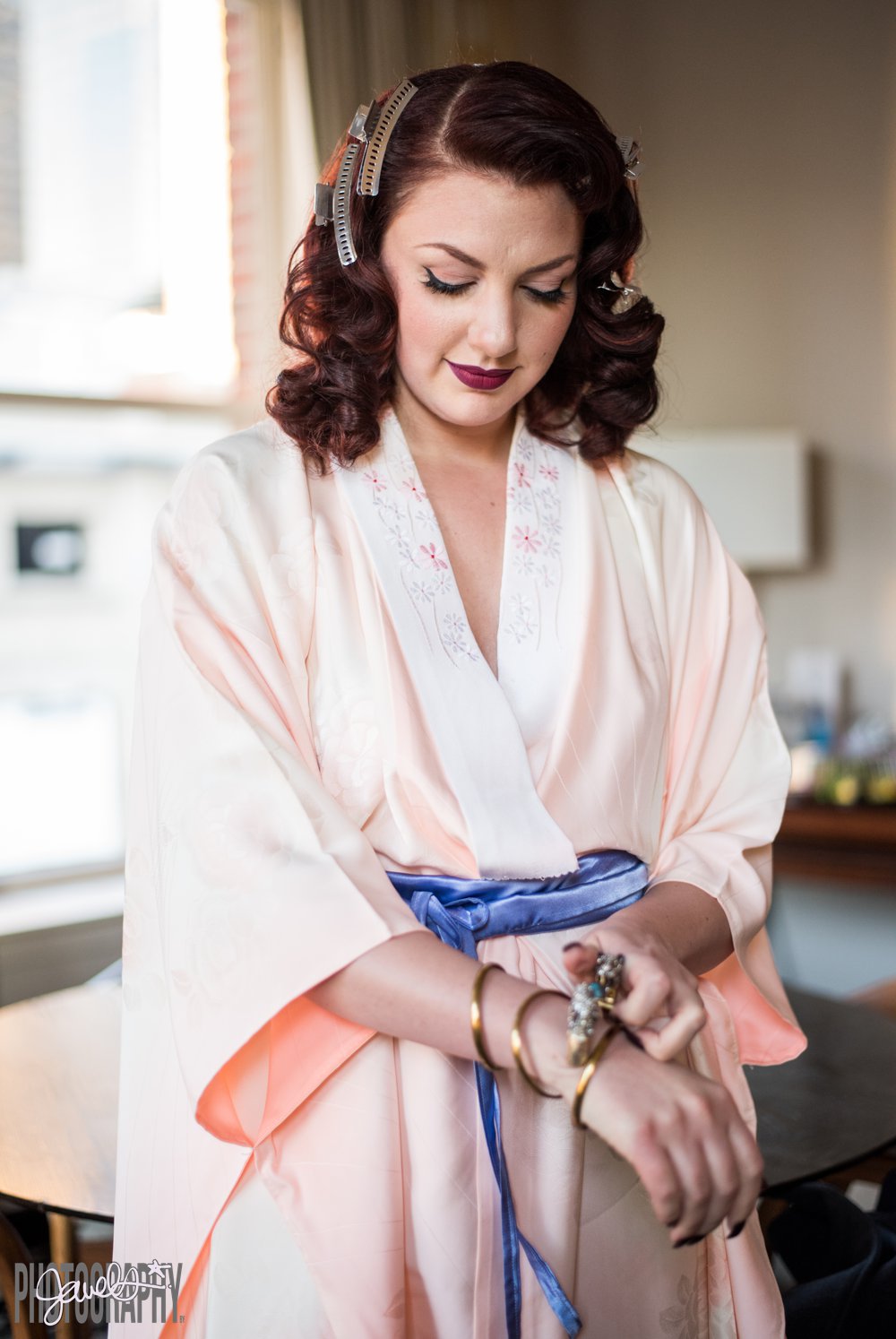 After dinner, they spent the remaining part of the rainy evening walking around Denver comparing favorite spots in the city and dreaming big dreams, Paul (predictably) stopping along the way to help some folks whose car had broken down, and Shannon (also predictably) walking barefoot through the streets. They were inseparable after that night and named July 9th their official anniversary date. This was also the first of endless walks through the city together.

On Prohibition Repeal Day in 2014, after nine, magical years together and many cross-country moves, Shannon decided to make an honest man out of Paul and accept his beautiful proposal beneath the very clock tower they always dreamt of being married in. 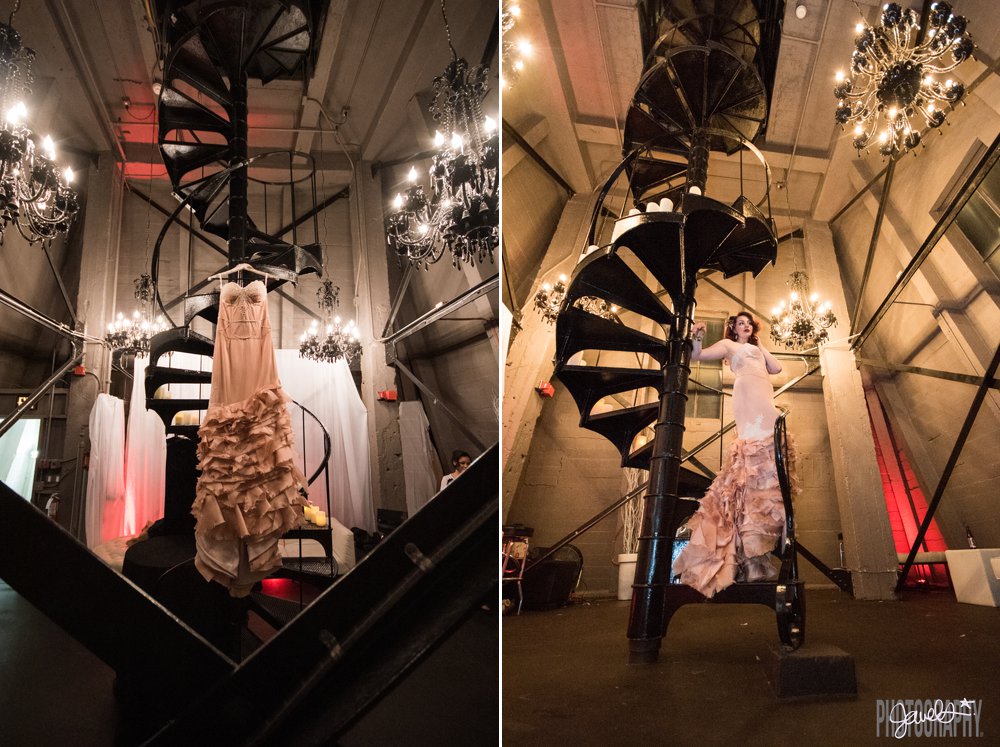 It took her a moment to realize what was happening, after all Paul was about to leave for the Air Force and she thought he might just want to say some earnest words on one knee to let her know he’d miss her and would be back. So when he grabbed her hand, naturally she tried to walk away and leave him on one knee. When he finally asked, ‘Will you marry me?’ He had to remind her to do more than stare at him and breathe, so eventually she said ‘yeah’. It took her a glass of wine at the Terminal Bar and another fifteen minutes to utter another word. 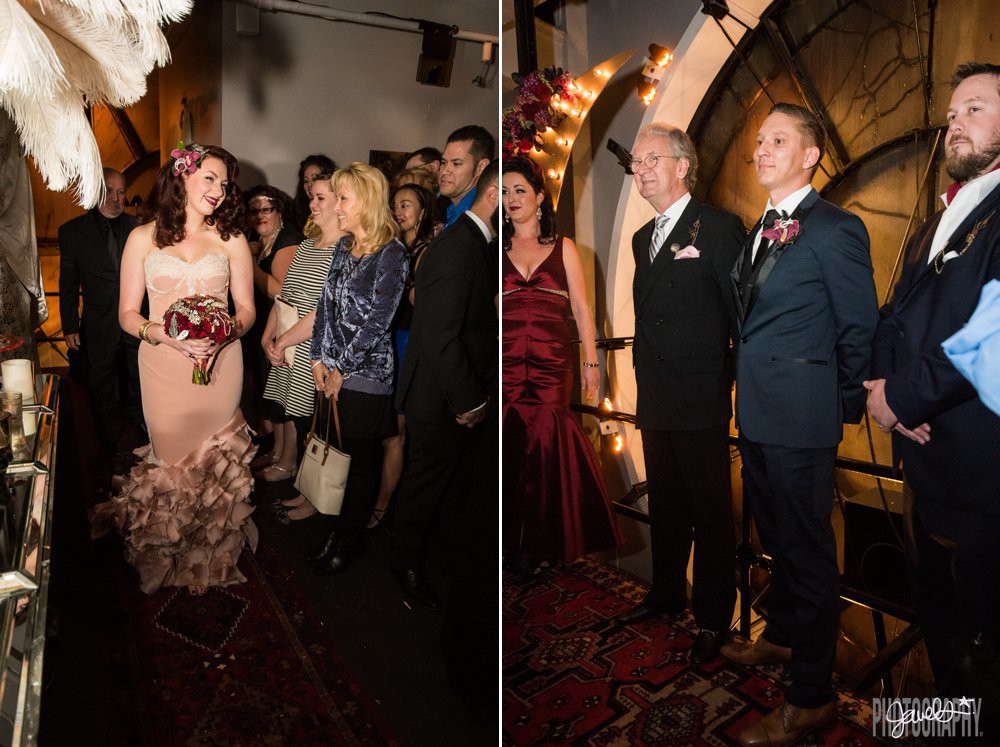 We already had the groundwork done because we knew the D&F Clock Tower was our non-negotiable, dream venue. We wanted the day to be a reflection of everything we adore- Paul loves the prohibition era glitz and glam, I have an affinity for Vaudeville theatre and the vintage circus. We really have such a penchant for drama and over-the-top nonsense, it’s what makes us work so well together! So we infused the place with antique gold, gem-toned carnival glass, and absinthe cocktails. The most special thing is how much our family became invested in this process; all brooches for my bouquet found adventuring through antique stores with Paul’s mom, ABSURD marquis sign and moon made BY HAND by his talented dad, a gorgeous Poiret coat made by my mom from an actual pattern from the ’20s, a feather collar to go on it made by my best friend. We even displayed wedding dresses belonging to the matriarchs on both sides of our family so that guests could feel the legacy of marriages before ours that had been so wonderful. 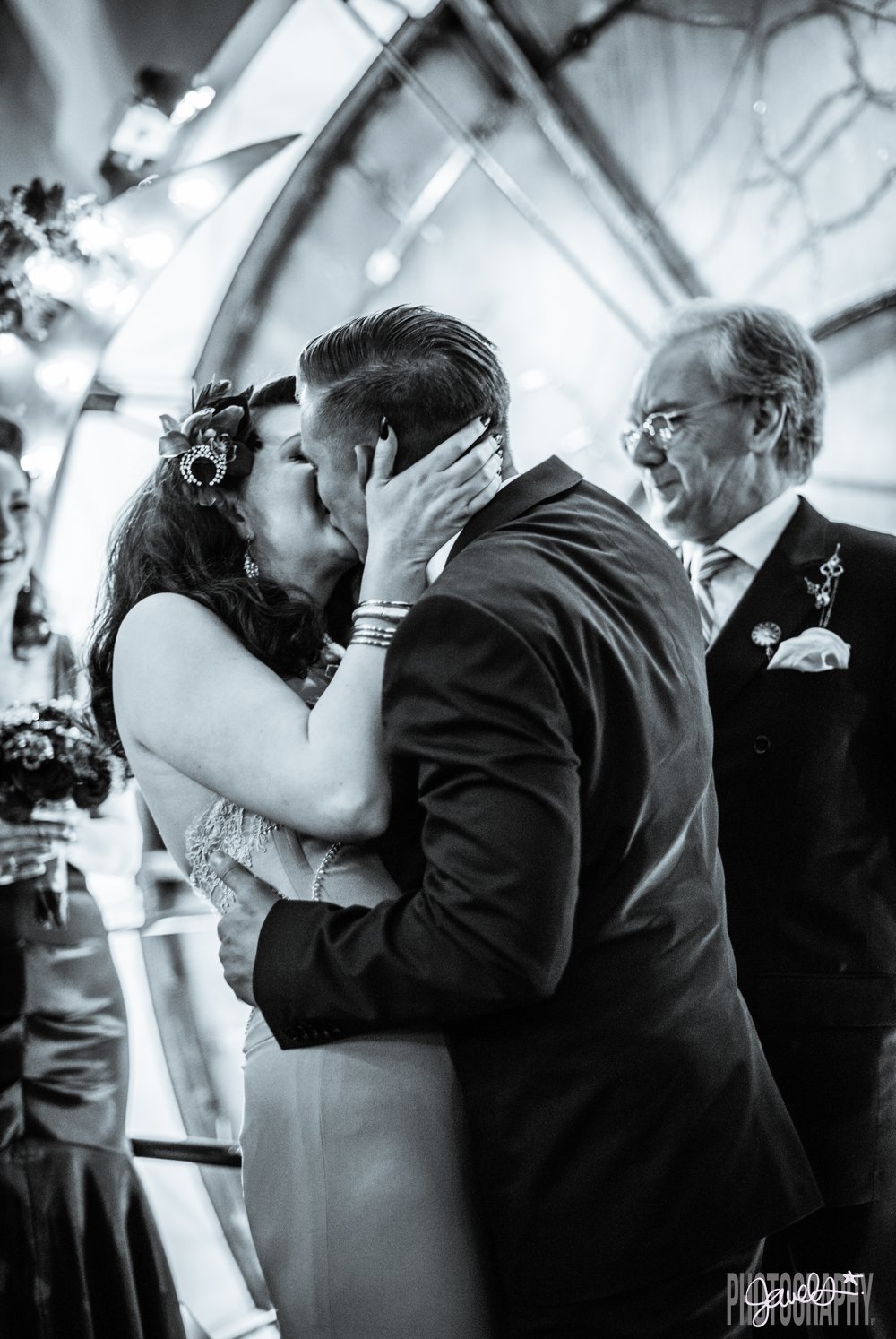 Being an artist, it was the absolute best and most fun, large scale art project I have ever taken on and I just want to start over again! Curating all of my sculpted works, whimsical antiques, and really conveying a story was such a joy, and the result is that guests walked into the already gorgeous Clock tower and said, ‘this is SO them!’ That’s precisely the reaction we wanted; to OWN the Clock tower for one night and transform it and say, ‘Step inside, Ladies and Gents, step into US!’ 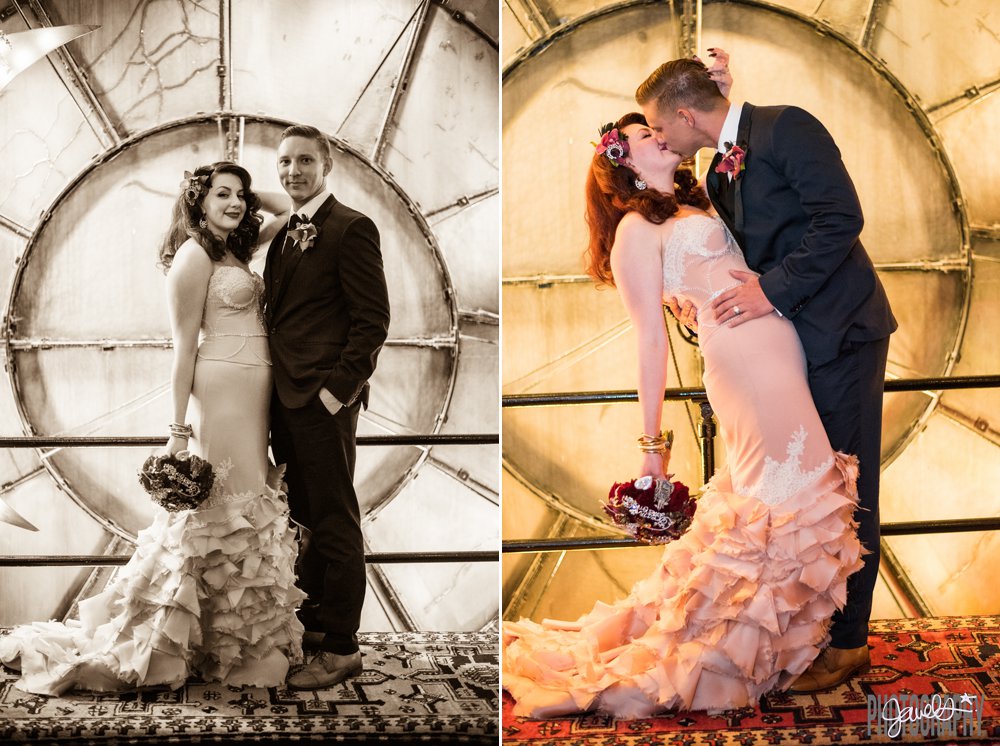 The night itself went so fast…they say that, but we really thought if we treasured each and every moment it would not happen this way. NOT! For this reason, having a sensational photographer who takes the time to get to know each couple is EVERYTHING. Let me elaborate..

After the wedding I went through this slump; you have put everything into this gorgeous event and you only have about five memories, and because we’re annoying humans, they’re mostly the tiny, insignificant things that didn’t go according to plan instead of the memories that were special. People don’t really talk about it, but post-wedding depression is real, and it goes by so fast that you really don’t have that deep breath of satisfaction of a job well done. At least I didn’t. 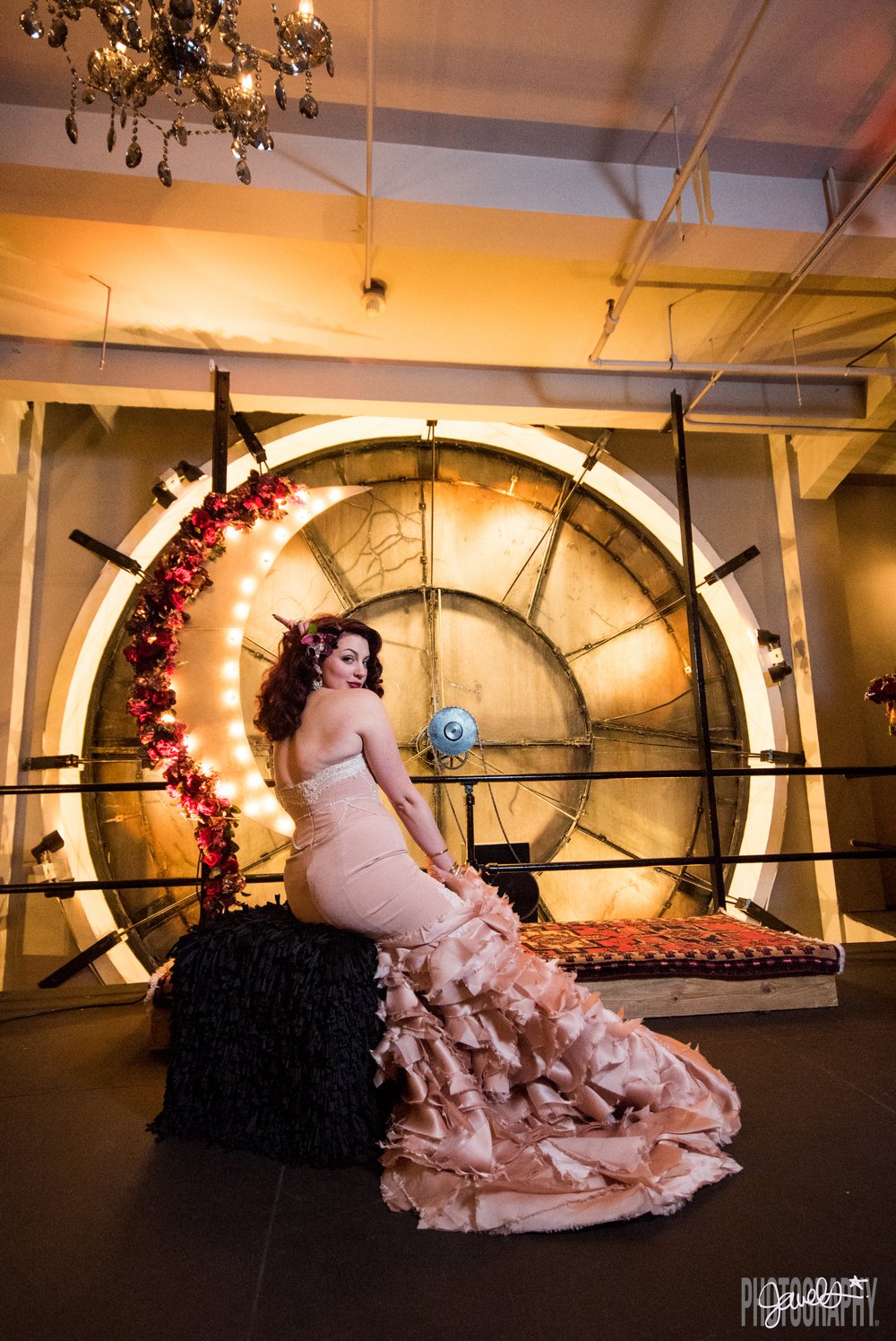 Then Jewels sent us our wedding photos. Not only did she use her special way of seeing the world to tint our wedding into the most magical and spectacular thing we’ve ever seen, but it was such a healing experience that I just sobbed! She captured moments that I didn’t even know she was present for; our quiet moment together after the ceremony to let it all sink in, or our decision to cut into our cake from the middle. These memories meant the world and they are documented for us forever! 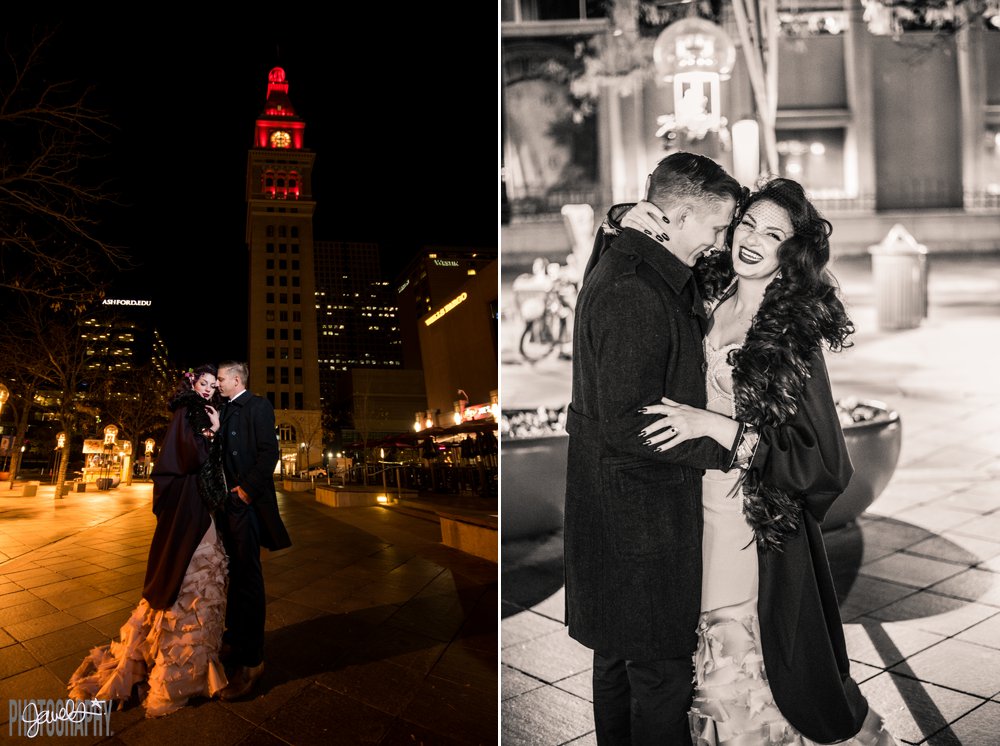 If we have any advice for other sweethearts tying the knot, it would be…

1. Hire a photographer who takes the time to understand you, that you have a connection with (Obviously JEWELS is implied here). When all of the hullabaloo is over, you’ll be left with memories. It means everything to have a photographer who knows how you operate, she will instinctually know what matters to YOU and then you have it forever.

2. Hire a planner! It’s not just for fancy people! They have hookups to discounts with venders you don’t, so ultimately they’ll pay for themselves. They also help keep you on budget better than you will!

3. DON’T SWEAT THE SMALL STUFF- you’re sort of the hosts of your event, so the truth is that you just won’t relax completely. But also try really hard to unplug from ‘party planner extraordinaire’ and enjoy your wedding!!!

Stay in love, sweets. We hope you’re always as happy as us. 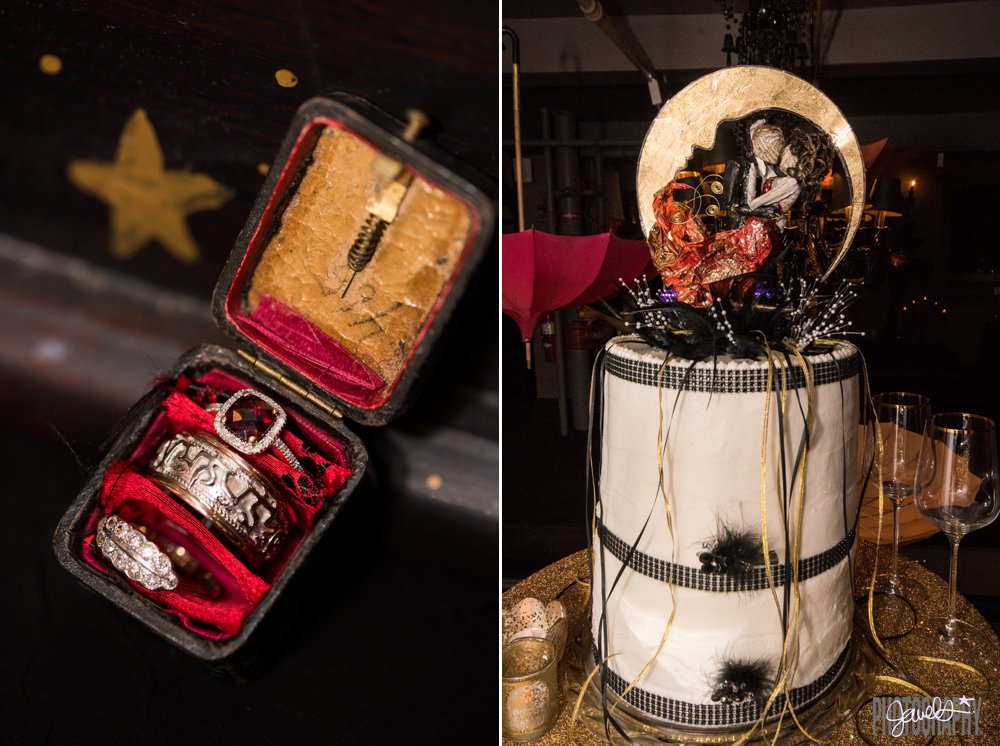 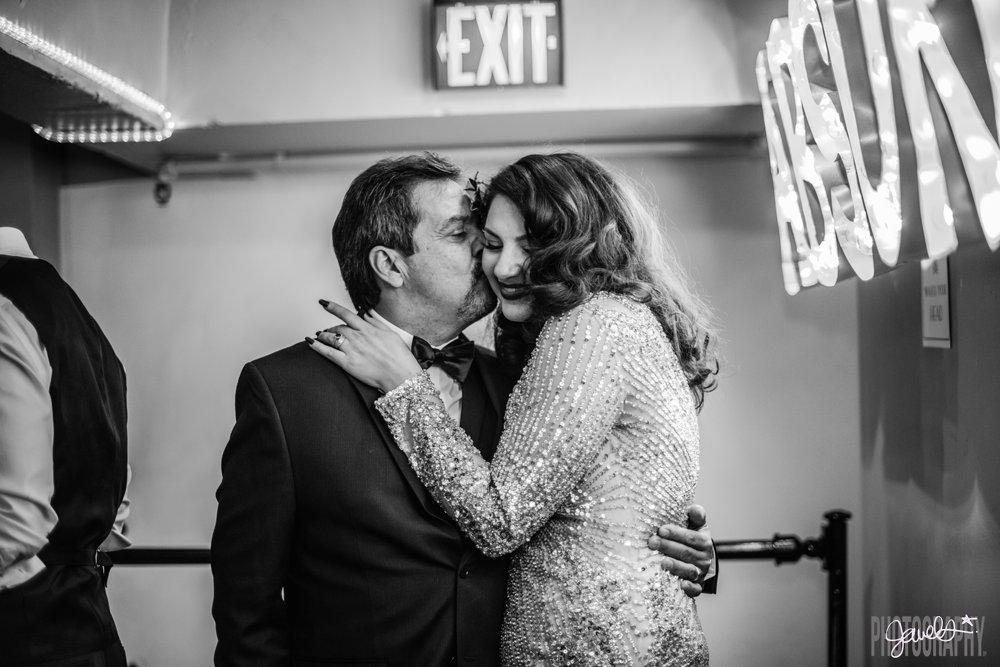